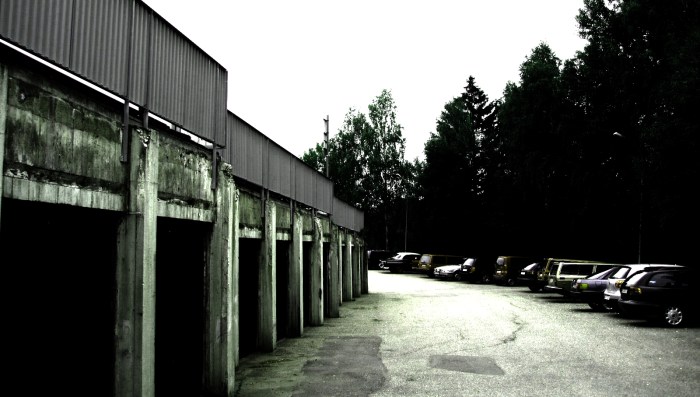 David Wikström, Nils Meseke, Patrik Ström and Staffan Persson formed SEPTEKH in the autumn of 2008 in a cramped garage in the rustic suburban area of Norrtuna, Järna, Sweden. As these four very different people met creatively they found something unique. Their collective musical effort outshone, outclassed and outpaced the sum of its parts. Synergy.

Songs were created and rehearsed in a frenzy. Playfully. Energetically. The newly sprouted group was ready to gig in record time. The 6 track demo of 2009 is a testament to that period. In the recording process, three storeys below ground at Sveavägen, Stockholm, in the domain of Mr Erik Forsberg at Midtown Music, something happened that drastically changed the awareness of the band. A suspicion, turned into a startlingly hard, unassailable fact.

The realisation is this: SEPTEKH is its own creature and no single member of the band has any real control over it. It will demand attention, time and resources to grow but grow it will. Here is laid the first stone on the road to the creation of PLAN FOR WORLD DOMINATION. Rehearsals and song writing now take place more in an air of expectation and awe. Instinctively listening for what the new born beast is trying to say rather than furiously realizing whatever happens to fall into the groove.

The urge to return to Mr Forsberg and his underground sanctum was strong. To more clearly see the outlines of the creature taking shape. Their debut release, a six track EP, is born a little more than a year later. At first it is printed and distributed by the band themselves under the curious name Not Quite What I Had in Mind. Later to be remastered and released in its current form at Abyss Records, Indianapolis as THE SETH AVALANCHE.

The next step is to write and produce, again in collaboration with Erik Forsberg and for release on Abyss Records, the APOLLONIAN EYES EP. The relative ease in creating this, a 48 hour recording/mixing session, in conjuncture with the over all feel of the material tells the band it is time to move on to what they all know is waiting. To push the fledgling from the nest and construct a full length album.

At this time SEPTEKH has moved out of its birthing place, the garage on Norrtuna and into an abandoned smithy out on the Dark Island, Mörkö. After a few months of cold, shaking fingers, rashes and full body skin discolouring in the mould infested, under heated old workshop the band simply occupies former bass player Patrik Ström’s home. STUDIO 508 is born. 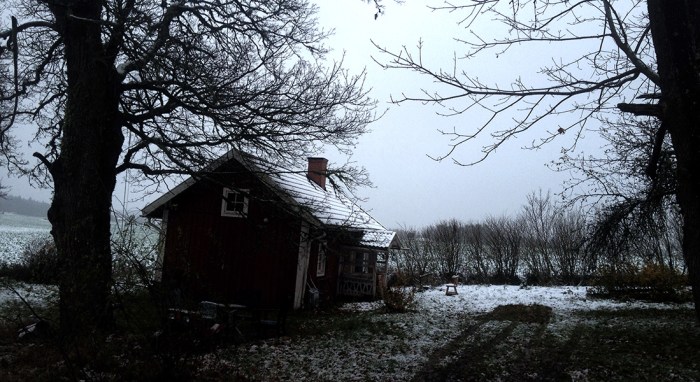 Over the years the interior of the 508 has been rebuilt and amended many times. Most of the band has at one point or another called the remote island refuge home. Now it exists solely to serve SEPTEKH. Here the PLAN was put together piece by trembling piece during countless long nights. Ranging from early 2011 all the way until it was time to pack up the gear and leave for Silence Studios, Koppom, Värmland in July 2012. There with the aid of a new acquaintance Mr Josef Zackrisson, the PLAN FOR WORLD DOMINATION was finally spelled out.

Quality takes time though. Ground breaking original cover art was designed, sculpted and realized by artist Richard Damm and beautifully photographed and laid out by Marcus Claesson. A meticulous mixing process and the production of the video for BURN IT TO THE GROUND took place in the meantime. The band was an integral part of all this. Twenty one months later the album was released under the newly founded label STUDIO 508 PRODUCTIONS (though still being backed and distributed by Abyss Records).

And here we are today. The PLAN is out in the world. Newest album “Pilgrim” has been unleashed planetwide through Mighty Music (2018). Critics are cheering. Live audiences are yet to be left unimpressed. The word is spreading. Septekh lurks in a little red house on a big Dark Island, just off the east coast of Sweden, south of Stockholm. Secretive and singular. Toiling away at their next feat.

Ever conscious of the movements of the beast they’ve nurtured. Our protagonists never rest.